He had called it quits. Teaching was soon going to be in the rearview mirror of his new career as an Uber Driver, or whatever other job he accepted. But the calling to teaching reeled him back like the spellbinding serenades of the Sirens in the Odyssey by Homer did to travelers crossing their path.

“Five years ago, I was done as a teacher,” said Charles Sanderson, Woodburn Wellness, Business and Sports School (WeBSS) Language Arts teacher. “I quit my job [as a teacher]. I was going to be an Uber driver, anything but teaching.”

Sanderson decided to give it one more try when a good friend teaching in Woodburn told him about his great experience working for the school district. It was decision he was glad he took because it has catapulted his career onto a new level where he has had the opportunity to improve his teaching-craft.

The Oregon Department of Education (ODE), in partnership with the Oregon Lottery, recently announced Oregon’s 2020 Regional Teachers of the Year and awarded Sanderson with the Teacher of the Year title for the Willamette Region.

“In Woodburn I’ve had lots of great parents, lots of great students who have had really honest conversations with me and kind of reveal some of my blind spots,” said Sanderson. “I’m proud of the fact that even eighteen years into my career I’m constantly striving to improve and keep working on my craft. I keep trying to build my understanding of who kids are and what is important to them, and what is important to their families as well.”

Sanderson said that as a teacher there are a lot of hard days and the day he received notice he had been selected as a Regional Teacher of the Year was one of those days. He was questioning himself; he wondered whether he was making a difference in the lives of some of his students who he sees are struggling.

“It was really humbling in the moment,” said Sanderson about receiving notice about the award. “It was one of those [days]. Right when you need it, you get something really nice just to remind you that all that hard work does matter and it does make a difference.”

Oregon Department of Education Director Colt Gill said in a press release that, “Today’s educators must be equipped with more skills than ever before to meet the unique and important needs of each student they serve. Recognizing these outstanding regional teachers is a privilege and their commitment to the calling of teaching deserves our thanks.”

Sanderson said his father was a teacher who was well known in the community where he grew up. “He was one of those iconic teachers that everyone knew and liked,” he said. “Because of that, I wasn’t going to be a teacher. I ran from it.”

After working in several jobs in his younger years that always gravitated back to working with kids, he finally decided to go back to school and get his teaching credentials.

“It’s been kind of a crazy path to doing lots of different things to get here,” said Sanderson. “But throughout all that travel and time, one thing I found in Woodburn is home.” 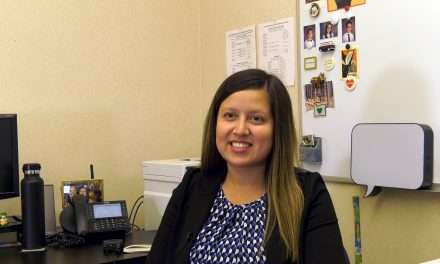 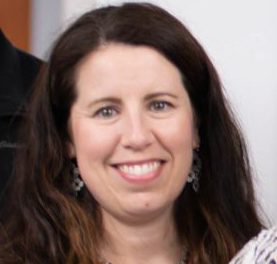